Supplying the vehicle with sufficient energy and high power rates during silent-watch is especially important in asymmetric and urban warfare, at static positions, when vehicles face a wide range of threats, keeping their acoustic and thermal signature low and saving fuel for later maneuvering.

Epsilor’s COMBATT line of Li-Ion vehicle batteries provides the highest energy density in the market, in two electro-chemistry technologies: Li-Ion NCA and Li-Ion LFP. Compliant with the US ARMY MIL-PRF-32525B safety and functional requirements, this line of batteries has been tested and selected by numerous leading defense vehicle manufacturers and users on 4 continents.

COMBATT 6T batteries are equipped with a smart internal BMS that enables vehicle users to smoothly integrate the battery into new and legacy vehicles with no special adjustments.

When installed onboard modern vehicles, COMBATT batteries activate various smart operating modes, that enable vehicle computers to closely monitor and control the battery optimizing its safety, durability, energy saving and life-cycle. Compliant with MIL-PRF-32565B of the US ARMY, the battery enables each user to activate these modes through a global standard interface. Alternatively, a user friendly CANBus communication protocol may be used to communicate with the battery.

In legacy vehicles, the BMS isolates the battery from vehicle computers protecting it from electrical anomalies, high voltage and high current surges, over heating and short circuit, providing it with a robust electronic safety envelope, as well as with a self charging management capability.

All Weather – All Environment Operation

Epsilor’s field tests performed with the Israeli Defense Forces, as well as with other customers show that in a 5 year operational scenario, COMBATT batteries’ total cost of ownership will reach a break-even point with high quality lead-acid batteries, while storing 4 times more energy onboard. 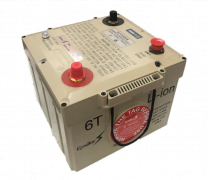 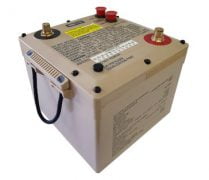 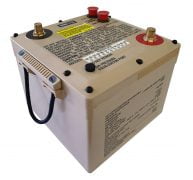