The rechargeable batteries, which are fully compatible with Harris Falcon PRC-152 handheld and PRC-117 man-pack radios are part of Epsilor’s Standard US Military Equipment product line to be presented by Epsilor at Eurosatory 2018

Dimona, Israel, May 15, 2018 – Epsilor-Electric Fuel Ltd., a globally recognized manufacturer of batteries and chargers for defense applications, won a contract to deliver its military rechargeable batteries for Harris Falcon manpack and handheld radios (PRC-117 and PRC-152) to a South East Asian military customer. 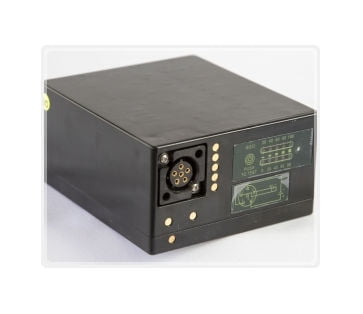 The batteries will be showcased by Epsilor at the Eurosatory 2018 trade show, which will take place in Paris June 11 to 15, 2018, alongside Epsilor’s wide product line of compatible batteries and chargers for US and NATO standard military equipment.

Prior to the awarding of the new contract, Epsilor’s batteries passed a series of compatibility and operational testing which included mechanical, electrical and communication interface verification. The operational tests verified that Epsilor’s battery performance equals and even exceeds the performance of the OEM batteries in terms of operating endurance, charge time and power density.

“Epsilor invested heavily in developing off-the-shelf batteries for a variety of US-made communication systems. Placing emphasis on high performance, reliability and ruggedized packaging, combined with cost effective pricing, resulted in superior quality and customer satisfaction,” said Alex Stepansky, general manager of Epsilor. “The fact that a new international customer selected our batteries to support its large operational inventory is a clear indication of Epsilor’s strengthening position in this market, and we have witnessed growing interest from professionals.”

Epsilor is among a handful of companies that manufacture compatible batteries for Harris Falcon radios. The company’s BB-2590 family of products services military forces and defense users around the world, including the Israel Defense Forces (IDF) and several NATO nations.

The newly introduced battery is a 11.1V smart battery fully compatible with Harris handheld radios. This battery is offered in two main configurations:

This line includes the following products: