Millbrook, UK, August 8, 2018 – Epsilor, a globally recognized developer and manufacturer of mobile energy products for defence and aerospace applications, will present its innovative wearable conformal military battery for advanced Digital Soldier programs at the DVD2018 show, which will take place at Millbrook, on September 19–20, 2018. 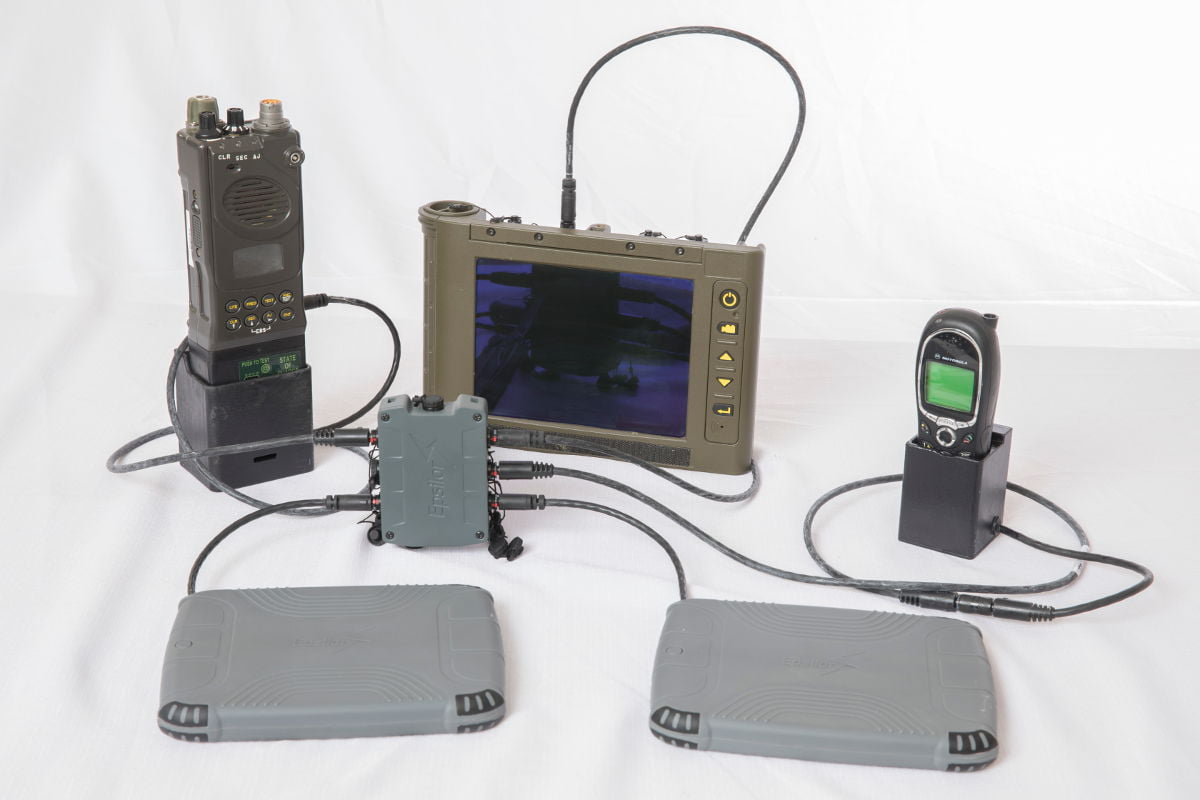 Epsilor will display its conformal battery at Booth C3-502 as part of the VIRTUS, the new soldier system of the British Army, made by SOURCE Tactical Gear. SOURCE has integrated Epsilor’s battery into the VIRTUS textile vest, placing it in the MOLLE hip battle belt, thus offering soldiers maximum comfort.

“Epsilor’s batteries are packed in flat ergonomic flexible packaging that conveniently integrates into the soldier’s vest,” said Guy Harary, SOURCE Tactical Gear CEO. “The conformal battery is much more comfortable to carry, does not hinder soldiers’ movements and enables the troops to carry out their mission without disruption.”

The battery is offered in two configurations:

Both batteries support a wide verity of applications, such as communications, tactical computers, sensors and additional devices. They offer high energy and high-power density as well as SMBus or one-wire communication protocols

“In a large-scale trial conducted by the Israel Defence Forces (IDF), infantry soldiers used Epsilor’s wearable conformal batteries instead of traditional rigid batteries, each fit a unique device, and benefited from a significant increase in available energy for different kinds of portable equipment,” said Merav Kolody Shubeli, Director, International Sales and Marketing at Epsilor. “In a 72-hour mission profile, batteries’ weight decreased by 30%.”

Today’s digital soldiers rely on tactical radios, ruggedized computing and navigation systems, night vision systems and gun sights. This translates into multiple spare batteries of different kind and shapes that an infantry soldier must carry with him. Using conformal batteries to operate multiple different devices simplifies the logistics and the usage of batteries before, during and after a mission.

During the event, Epsilor will also showcase its 6T NATO battery which offers the highest energy density in the world and 1,000 deep charge cycles. Epsilor’s 6T type batteries are the optimal energy storage solution for new military vehicle programs as well as for drop-in replacement in existing vehicle fleets. This new 6T battery offers four times more energy at just half the weight of modern lead-acid 6T batteries.