Epsilor Electric Fuel was the first company to introduce an integrated soldier power management system in the world, developed together with the US ARMY.

In 2007, EFB, our US based subsidiary, presented an advanced ‘Soldier Worn Integrated Power Equipment System’ (SWIPES) that interconnected all soldier worn power consumers into a joint network, eliminating the need to carry heavy spare batteries for every type of soldier equipment.

Utilizing a central hub, ruggedized cables, and a set of adaptors fitting to every type of equipment used by US forces, we helped US soldiers to reduce battery weight by 30 percent and simplified the power sources’ logistical footprint. 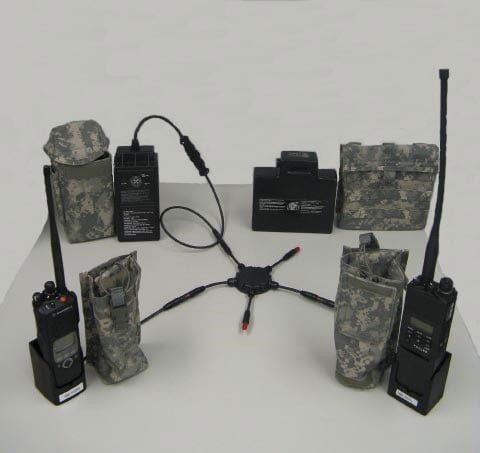 SWIPES was recognized by the US Army Research, Development and Engineering Command as ‘One of the US Army’s Ten Greatest Inventions of 2010’, and more importantly, tens of thousands of SWIPES units were delivered to US troops in the field. Today, joint soldier power distribution is widely utilized in many advanced military forces in the world.

In 2017, Epsilor unveiled a new soldier wearable power and communication system under the name NETWALKER. The new system distributes not only power but also data of different protocols, such as ETHERNET and USB. In addition, a high power switch, named SQUAD NETWALKER has been developed for the IDF, to support long range ISTAR, guided weapons and heavy deployable mission systems.