Lithium-ion battery technology is disrupting most electronic industries and will have far-reaching implications for different markets. One of the industries that is a on the verge of such a dramatic change in the defense sector, which is expected to witness a shift in the way batteries are used by different military systems. 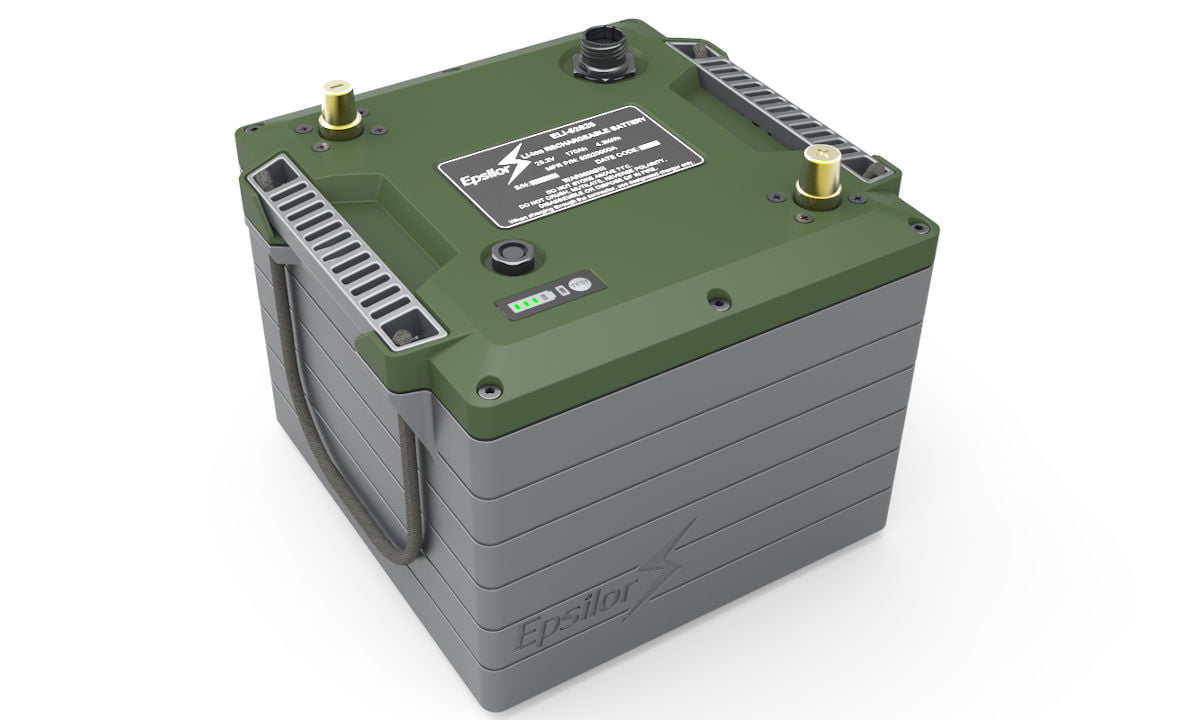 Lithium-ion batteries are being widely used in military applications for over a decade. These man portable applications include tactical radios, thermal imagers, ECM, ESM, and portable computing. In the next five years, the usage of lithium batteries will further expand to heavy-duty platforms, such as military vehicles, boats, shelter applications, aircraft and missiles.
This sudden change is the outcome of a combination of several factors. The market shift is inspired primarily by the phenomenal change in the global electric vehicle industry.

Change is also the result of the availability of high-density energy sources that enable long shift silent watch and better power performance. Coupled with the latest improvements in safety and reliability of Lithium batteries, that no longer deter defense contractors and military users, li-ion batteries present these days a safe and reliable alternative to old lead-acid batteries.

A superior energy density by a factor of 3, coupled with maintenance-free lithium battery with a 10-year lifetime, will significantly reduce the expensive field logistics of current vehicle batteries.

Traditional lead/acid batteries, which were introduced as early as mid 19th century, have been in use by mechanized military forces since World War 1. This technology has gone through one major modernization phase, in the 1970s, when sealed lead acid batteries (SLA), were introduced towards the end of the Vietnam War.

A typical NATO dismounted soldier fighting in 2004 in Iraq consumed approximately 500Wh during a 72-hour mission. Today’s high-tech dismounted soldiers consume twice as much. However, while military portable electronics are equipped with Li-Ion batteries similar to those used in PCs and home electronics, military vehicles are still equipped with 50-year-old technology.

This is now changing as defense organizations are seeking better batteries for military vehicles. Their main motivation is the need to supply a myriad of electronic sensors, communication systems and weapon systems installed in armored vehicles.

Asymmetric warfare in Afghanistan, Middle East and North Africa sent classic maneuver battle to history’s graveyard and led to the emergence of a new type of armored warfare, where the battlefield is empty and the enemy operates within civil population.

Armored forces need these days do disguise themselves and hide. This means operating their surveillance, situational awareness and weapon systems while the armored vehicle engine is shut down, widely known as “Silent Watch”.

In addition, military vehicles serve as a stronghold and storage place for dismounted infantry, resupplying their water, food, ammunition and energy needs. As a result, today’s Infantry Combat Vehicles require triple the amount energy than their lead-acid batteries can store. Adding additional lead/acid batteries is not a feasible alternative as the volume allocated to batteries is restricted.

A typical 8*8 ICV or Main Battle Tank has between eight to ten 6T lead-acid batteries, with capability to store about 11-14 kWh of energy. This is barely enough to enable the vehicle to perform a 4 to 5-hour silent watch mission, while a typical Middle Eastern night lasts 10 to 14 hours from darkness to dawn.

Low battery bank capacity is forcing therefore the turning on of the main engine or APU, breaking the silence by doing so, only to charge the batteries.

Battery development is being driven by defense R&D organizations such as TARDEC in the US and the Tank Development Authority in Israel. These organizations are investing in the development of standard NATO size batteries (Type 6T) based on Li-ion and lithium iron phosphate (LiFePO4) technologies.

The energy density of an advanced lead-acid 6T battery is 35Wh/kg and can perform several hundred discharging cycles. The energy density of LiFePO4 batteries already available in the market is 90Wh/kg. A Li-ion 6T battery currently stands at 160Wh/kg and will reach over 200Wh/kg in the nearest future. Moreover, LiFePO4 batteries have a life cycle of over 3,000 discharging cycles, enabling silent watch of 12 hours or more and paving the way for 10-year maintenance-free service of military vehicle batteries.

Other armies are expected to follow suit. It is widely believed that the Australian Land 400 program vehicles and the Frecha and Centauro II vehicles made by IVECO Defense and Leonardo for the Italian Army will be equipped with Li-ion batteries.

Military vehicles are just the tip of the iceberg as far as change is concerned. The main drive for change is the hype generated by EVs equipped with Li-ion in general, and Tesla’s concept car in particular.

Car manufacturers realize that in order to survive they need to vertically integrate and become battery manufacturers, which will serve both the automotive and energy storage industries.

The cost of automotive Li-ion cells dropped from $500/kWh five years ago to $200/kWh, and is expected to continue to decline to less than $100/kWh by 2022. The energy density of Li-ion cells has improved from 200Wh/kg 10 years ago to approximately 270 Wh/kg today.

Addressing safety issues related to Li-ion batteries is also in focus. Battery makers are looking at the incorporation fire suppressant materials and other novel technologies in their battery systems in order to ease adoption in the automotive and aviation industries.

Smart batteries with superior energy and power densities are already here and will quickly command significant market share in defense systems that rely on portable power.

The armies that will be the first to realize how they can benefit most from embracing change can utilize the Li-ion revolution to change completely the way battery power is used and energy is distributed and consumed.

This article was first published on August 24, 2017 in the British magazine Professional Security under the title Energy Shift.